Artículos relacionados a Physics for Scientists & Engineers with Modern... 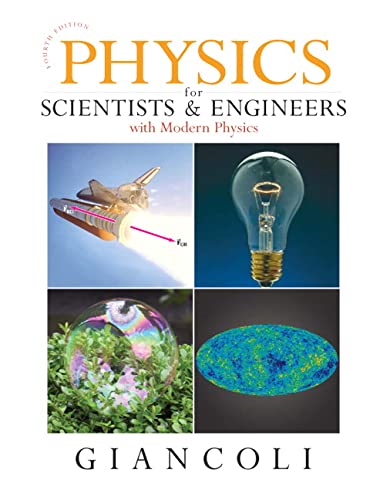 For the calculus-based General Physics course primarily taken by engineers and science majors (including physics majors). This long-awaited and extensive revision maintains Giancoli's reputation for creating carefully crafted, highly accurate and precise physics texts. Physics for Scientists and Engineers combines outstanding pedagogy with a clear and direct narrative and applications that draw the student into the physics. The new edition also features an unrivaled suite of media and on-line resources that enhance the understanding of physics. This book is written for students. It aims to explain physics in a readable and interesting manner that is accessible and clear, and to teach students by anticipating their needs and difficulties without oversimplifying. Physics is a description of reality, and thus each topic begins with concrete observations and experiences that students can directly relate to. We then move on to the generalizations and more formal treatment of the topic. Not only does this make the material more interesting and easier to understand, but it is closer to the way physics is actually practiced.

Descripción Pearson, 2008. Softcover. Condición: New. ***International Edition***Soft cover/Paperback*** Textbook printed in English. ***Brand New***. Most international edition has different ISBN and Cover design. Some book may show sales disclaimer such as "Not for Sale or Restricted in US" on the cover page but it is absolutely legal to use. All textbook arrives within 5-7business days. Please provides valid phone number with your order for easy delivery. Nş de ref. del artículo: 9780131495081

Descripción Pearson, 2008. soft cover. Condición: New. International Edition. No supplemental materials. International Editions may have a different cover or ISBN but generally have the exact same content as the US edition, just at a more affordable price. In some cases, end of chapter questions may vary slightly from the US edition. International Editions are typically printed in grayscale, and likely will not have any color throughout the book. New. Books ship from multiple locations depending on availability. All orders are shipped with tracking information. We take pride in our customer service. Please contact us if you have any questions regarding this listing. Nş de ref. del artículo: 10511