Artículos relacionados a While the Women are Sleeping

Marias, Javier While the Women are Sleeping 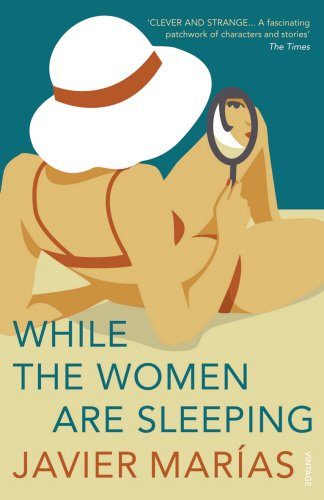 "[Marias] has a rare ability to haunt the imaginations of his readers. He is more than just a storyteller - he's a manipulator of the psyche who can jolt his readers into new states of perception. Quite a feat for any writer" (New York Journal of Books)

"The mannered, precise prose is typically well crafted and the observational comedy at its sharpest. . . Marias thrives in the domain of the mild macabre" (Times Literary Supplement)

"Clever and strange... A fascinating patchwork of characters and stories" (The Times)

"Mirroring ghosts, and doubles are all present in these haunting short stories by the celebrated Spanish author Javier Marías... Superb" (Lesie McDowell Independent on Sunday)

Celebrated as one of the greatest writers of his time, Javier Marías is best known for his spy trilogy, Your Face Tomorrow, which has been compared to Proust and hailed as one of the great modern European novels. In his first short story collection for fifteen years, he brings together tales which span his entire writing career : haunting tales from the very edges of life.

An obscenely fat man obsessed with his much younger lover endlessly videotapes her every move, a ghost is condemned to repeatedly resign from his job, and a man of impeccable refinement meets his doppelganger at a work dinner, resulting in ghoulish life changes for both men.

Descripción Paperback. Condición: Very Good. The book has been read, but is in excellent condition. Pages are intact and not marred by notes or highlighting. The spine remains undamaged. Nş de ref. del artículo: GOR004139905

Descripción Paperback. Condición: Used; Good. **SHIPPED FROM UK** We believe you will be completely satisfied with our quick and reliable service. All orders are dispatched as swiftly as possible! Buy with confidence!. Nş de ref. del artículo: mon0002326362

While the Women are Sleeping Marias, Javier

Descripción Paperback. Condición: Very Good. WE ARE PROCESSING ORDERS AS NORMAL DURING THIS VIRUS EPIDEMIC, ALL ITEMS ARE SENT BY ROYAL MAIL. DISPATCHED FROM THE UK WITHIN 24 HOURS ( BOOKS ORDERED OVER THE WEEKEND DISPATCHED ON MONDAY) BY ROYAL MAIL. ALL OVERSEAS ORDERS SENT BY AIR MAIL. WE ALSO ACCEPT PAYMENT IN US DOLLARS OR EURO BY BANK TRANSFER. Nş de ref. del artículo: mon0000794309