Artículos relacionados a Round the Bend (Vintage Classics)

Round the Bend (Vintage Classics) 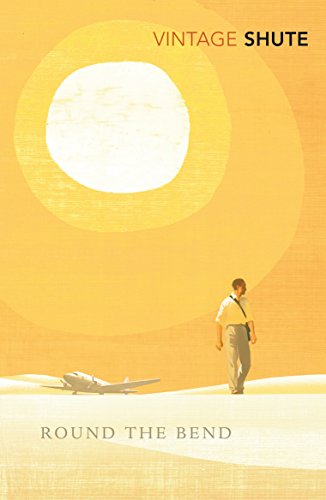 "A story which grips and fascinates, a story enriched by the observation and understanding which have made Shute's work outstanding" (Scotsman)

"He holds attention to the last page" (Daily Telegraph)

"So convincingly does Shute tell the story and so cleverly does he leave the character of Shaklin deliberately vague that the book is as absorbing as anything he has written, and Cutter one of his finest creations" (Glasgow Herald)

When Tom Cutter hires Constantine Shaklin as an engineer in his air freight business, he little realises the extraordinary gifts of his new recruit. Shaklin possesses a religious power which inspires everyone he meets to a new faith and hope for humanity. As Cutter's business grows across Asia, so does Shaklin's fame, until he is widely regarded as a unifying deity. Though he struggles to believe Shaklin is indeed divine, the friendship will transform Cutter's life.

4. Round the Bend Shute, Nevil

5. Round the Bend Shute, Nevil