Haddon, Mark The Curious Incident of the Dog In the Night-time

The Curious Incident of the Dog In the Night-time 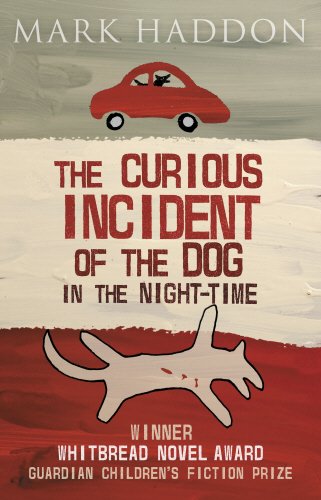 "Haddon is to be congratulated for imagining a new kind of hero, for the humbling instruction this warm and often funny novel offers and for showing that the best lives are lived where difference is cherished" (Carol Ann Duffy Daily Telegraph)

"The clash between Christopher's view of the world and the way it looks to the rest of us makes this an extraordinarily moving, often blackly funny read. It is hard to think of anyone who would not be moved and delighted by this book, so the decision to publish it simultaneously for older children and adults is certainly well-founded" (Jill Slotover Financial Times)

"Brilliantly inventive, full of dazzling set-pieces, unbearably sad, yet also skilfully dodging any encounters with sentimentality, this isn't simply the most original novel I've read in years . . . It's also one of the best" (The Times)

"A stroke of genius, as the advantages of having a naive, literal-minded boy in the driving seat are manifold . . . We do learn what it might feel like to have Asperger's Syndrome" (David Newnham TES)

"The book gave me that rare, greedy feeling of: this is so good I want to read it all at once but I mustn't or it will be over too soon" (Kate Kellaway Observer)

Fifteen-year-old Christopher has a photographic memory. He understands maths. He understands science. What he can't understand are other human beings. When he finds his neighbour's dog lying dead on the lawn, he decides to track down the killer and write a murder mystery about it. But what other mysteries will he end up uncovering?

1. The Curious Incident of the Dog in the Night-Time: Children&#39;s Edition

2. The Curious Incident of the Dog in the Night-Time Haddon, Mark