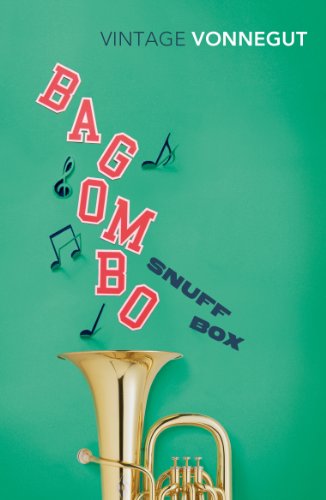 "A cool writer, at once throwaway and passionate and very funny" (Financial Times)

"One of the 20th century's finest humorists and humanists, a writer who has inherited HG Wells's visionary imagination and his gift for social commentary" (Sunday Times)

New York, 1950. A young PR man working at General Electric sold his first magazine piece. By the time he'd sold his third, he decided to quit his job and join the likes of Salinger, Hemingway, Fitzgerald and Faulkner, and make a living as a full-time writer. That young man was Kurt Vonnegut.

Bagombo Snuff Box collects Vonnegut’s favourite stories from the postwar years that sharpened his dark, vaudevillian and quietly subversive voice. Here we see the mind-bending wit and central themes of his masterpiece, Slaughterhouse-Five. A must-read for Vonnegut aficionados new and old.