Artículos relacionados a International Politics on the World Stage

International Politics on the World Stage 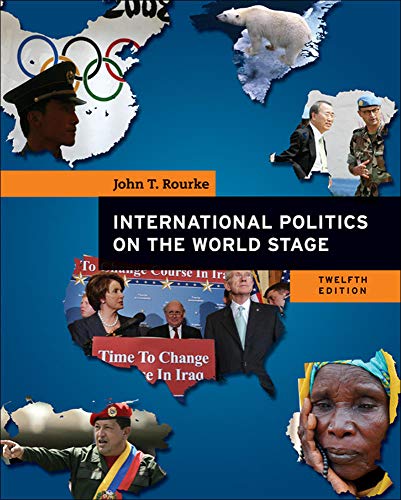 One of the leading texts on the IR market, John Rourke’s International Politics on the World Stage provides a balanced and comprehensive study of international relations that combines theory, history, and current trends and events. The modern international system, a background history of how it evolved in its present form, as well as transformations that are shaping the 21st century are presented in a straightforward, accessible discussion, without undermining the complexity of world political issues. The text lives up to its reputation of including the latest events and developments of the world stage. Rourke discusses political theory, including contemporary approaches such as constructivism and postmodernism, in the opening chapter. He brings theoretical concepts to life with illustrative examples taken from major current world events, so students see how theory plays out in the real world.

The text covers major issues of the twenty-first century, such as the structure of the modern state in the international system, globalization and the political economy, global security, the rise of intergovernmental and nongovernmental organizations, human rights, and the environment. These topics linked through the chapters in the text give students a grasp of the underlying patterns in world politics, so that they can interpret events they see on the evening news or on the Internet. As in previous editions, the text shows students how politics affects our everyday lives and emphasizes the importance of being politically aware, making informed decisions, and taking responsible action.

2. International Politics on the World Stage

3. International Politics on the World Stage