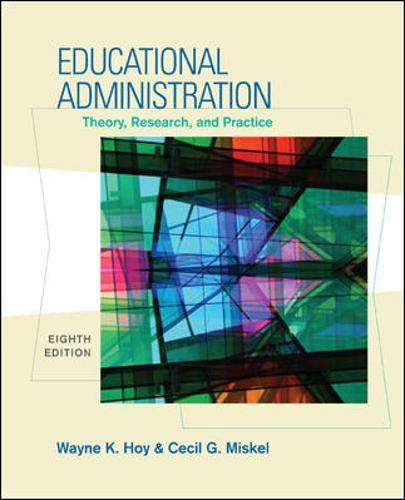 A leading text in its field, Educational Administration presents the most comprehensive synthesis available of theory and research in organizational behavior as it applies to the practice of Educational Administration. Each theoretical perspective presented concludes with an authentic case study that challenges students to apply their knowledge to an actual contemporary school problem.

Descripción McGraw-Hill Humanities/Social Sciences/Languages, 2007. Paperback. Condición: New. Book is new! EIGHTH EDITION. The book is in perfect condition! The text has tight binding, no shelf wear on covers, and all pages appear to be crisp and UNMARKED! Book does not contain any access codes or supplemental materials. 100% of the proceeds go towards promoting literacy in under-served areas of the world!. Nş de ref. del artículo: SKU1008086