Artículos relacionados a To Kill a Mockingbird. 50th Anniversary Edition 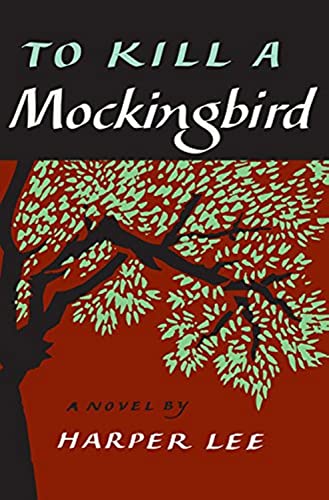 One of the most cherished stories of all time, To Kill a Mockingbird has been translated into more than forty languages, sold more than forty million copies worldwide, served as the basis for an enormously popular motion picture, and was voted one of the best novels of the twentieth century by librarians across the country. A gripping, heart-wrenching, and wholly remarkable tale of coming-of-age in a South poisoned by virulent prejudice, it views a world of great beauty and savage inequities through the eyes of a young girl, as her father—a crusading local lawyer—risks everything to defend a black man unjustly accused of a terrible crime.

"Shoot all the bluejays you want, if you can hit 'em, but remember it's a sin to kill a mockingbird."

A lawyer's advice to his children as he defends the real mockingbird of Harper Lee's classic novel—a black man charged with the rape of a white girl. Through the young eyes of Scout and Jem Finch, Harper Lee explores with rich humor and unswerving honesty the irrationality of adult attitudes toward race and class in the Deep South of the 1930s. The conscience of a town steeped in prejudice, violence, and hypocrisy is pricked by the stamina and quiet heroism of one man's struggle for justice—but the weight of history will only tolerate so much.

One of the best-loved classics of all time, To Kill a Mockingbird has earned many distinctions since its original publication in 1960.

It has won the Pulitzer Prize, been translated into more than forty languages, sold more than forty million copies worldwide, and been made into an enormously popular movie. It was also named the best novel of the twentieth century by librarians across the country (Library Journal).

To Kill a Mockingbird