Artículos relacionados a Whatnot, The

Bachmann; Stefan Whatnot, The 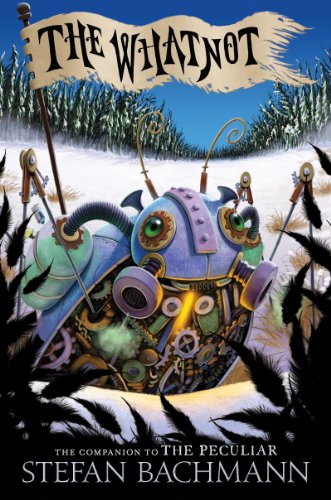 Bachmann's prose is beautiful, and his story is swift, strong, and entertaining. Highly recommended. I can't wait to see what Bachmann writes next. (Christopher Paolini, #1 New York Times bestselling author of Eragon (The Inheritance Cycle))

Stefan Bachmann's sparkling debut is sure to get a lot of well-deserved notice. He breathes fresh life into ancient magic. (Rick Riordan, #1 New York Times bestselling author of The Kane Chronicles and Percy Jackson and The Olympians)

Bartholomew Kettle couldn t save his sister. He watched her be pushed through the door between worlds, into the icy forest of faery. He saw her take someone's hand. And he promised that he would find her. But what if he can't? And what if the sinister forces who were hunting them both haven't given up, but are just biding their time?

Stefan Bachmann spins a consuming tale of magic, of good and evil, of family, and of figuring out where you belong.

Descripción Paperback. Condición: Good. The book has been read but remains in clean condition. All pages are intact and the cover is intact. Some minor wear to the spine. Nş de ref. del artículo: GOR010819865