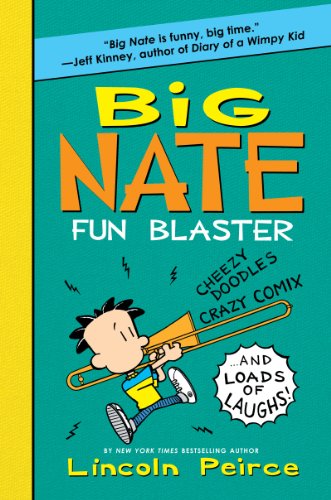 Nate himself would approve! This second paper-over-board activity book is jam-packed with new activities for Nate fans of all ages. Showcasing favorite characters from Nate's world and repurposed artwork from the Big Nate books and multiple sites, there is plenty of open space to get creative, but no blank pages!

Lincoln Peirce (pronounced purse ) is a New York Times bestselling author and cartoonist/writer in Portland, Maine. He lives with his wife and two children, and gives lectures to students about cartoon creating. Peirce is the creator of the comic strip Big Nate, that debuted in 1991 and appears in more than 250 newspapers in the US.