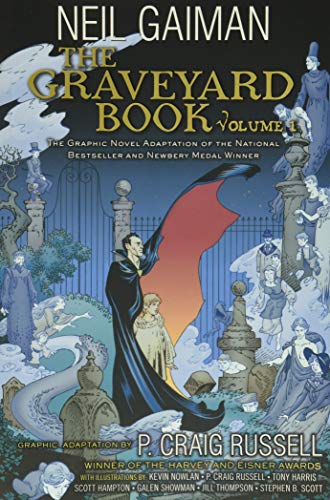 "Russell calls attention to the drama and wit of the language in each sentence...The real achievement of this adaptation is that readers will want to jump back to the novel and then leap back again, time after time."--Kirkus Reviews

"The graphic novel captures and enhances the magic and horror in new and unexpected ways."--Voice of Youth Advocates (VOYA)

"The delights here are many."--NPR

"[A] vastly entertaining adaptation...It's a treasure worth having even if the novel is already on the shelf."--Publishers Weekly (starred review)

Volume One contains Chapter One through the Interlude, while Volume Two includes Chapter Six to the end.