Artículos relacionados a The Art of Racing in the Rain

Stein, Garth The Art of Racing in the Rain

The Art of Racing in the Rain 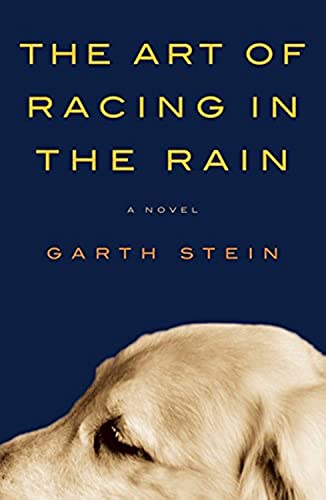 I savored Garth Stein's The Art of Racing in the Rain for many reasons: a dog who speaks, the thrill of competitive racing, a heart-tugging storyline, and--best of all--the fact that it is a meditation on humility and hope in the face of despair. Since finishing this engagingly unique novel, I've found myself staring at my own dog, thinking, Hmm, I wonder ... --Wally Lamb, Author of She's Come Undone and I Know This Much Is True

The Art of Racing in the Rain is the perfect book for anyone who knows that some of our best friends walk beside us on four legs; that compassion isn't only for humans; and that the relationship between two souls who are meant for each other never really comes to an end. Every now and then, I'm lucky enough to read a novel I can t stop thinking about: this is one of them. --Jodi Picoult

On the eve of his death, Enzo, a philosopher dog with a nearly human soul and an obsession with opposable thumbs, takes stock of his life. He recalls all that he and the Swift family have been through: the sacrifices his master Denny has made to succeed as an up and coming race car driver, the unexpected loss of Eve, Denny's wife, and the subsequent custody battle over their daughter, Zoë, whose maternal grandparents pulled every string to gain custody. In the end, despite what he sees as his own limitations, Enzo comes through heroically to preserve the Swift family, holding in his heart the dream that Denny will become a racing champion with Zoë at his side.

Joyful in its language, creative in its narration and affecting in its story (The Seattle Times), THE ART OF RACING IN THE RAIN is a heart-wrenching but deeply funny and ultimately uplifting story of family, love, loyalty, and hope. It's impossible not to love Enzo (Minneapolis Star Tribune) and equally difficult not to love this book.

1. The Art of Racing in the Rain