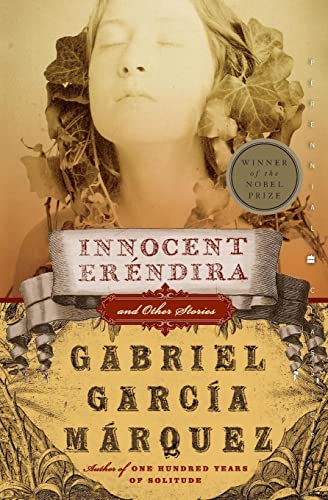 A novella and eleven short stories, representing early work from the 1950s, as well as fiction written in the 1960s and 1970s, by the Nobel Prize-winning Colombian author, provides proof of his imaginative and technical exuberance and mastery and includes the title novella about a young girl trapped in the web of her vicious and greedy grandmother. Reissue. 15,000 first printing.

Gabriel García Márquez was born in 1927 in the town of Aracataca, Columbia.Latin America's preeminent man of letters, he was awarded the Nobel Prize in Literature in 1982. García Márquez began his writing career as a journalist and is the author of numerous other works of fiction and nonfiction, including the novels The Autumn of the Patriarch and Love in the Time of Cholera, and the autobiography Living to Tell the Tale. There has been resounding acclaim for his life's work since he passed away in April 2014.

Innocent Erendira and Other Stories (Paperback)

Innocent Erendira and Other Stories (Paperback)

Innocent Erendira and Other Stories