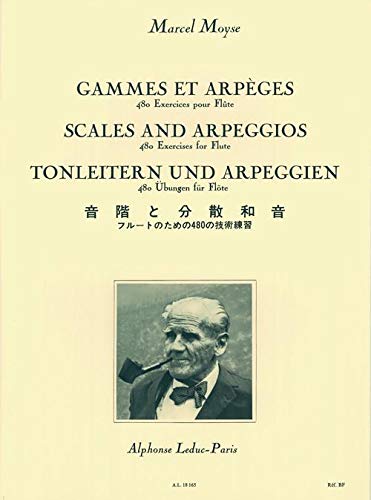 Published in 1933, Gammes et Arpèges , by the French flautist and composer Marcel Moyse (1889-1984), follows on from Exercices Journaliers (1922) and proposes a set of 480 exercises for intermediate flautists. A table at the beginning organises the work setting 12 exercises per period of 30 minutes, and three types of exercises can be found: major scales, minor scales and arpeggios of three to four notes. Considered as a maestro by some musicians, Marcel Moyse has composed many Flute methods and exercise books also published by Alphonse Leduc, such as Mécanisme-Chromatisme (1927) and De la Sonorité (1934). His methods are widely used and recognised worldwide.