Artículos relacionados a Petrology of the Sedimentary Rocks (Textbook of Petrology)

Greensmith, J. Petrology of the Sedimentary Rocks (Textbook of Petrology)

Petrology of the Sedimentary Rocks (Textbook of Petrology) 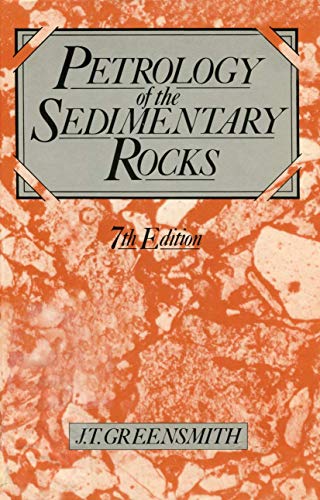 In the 75 years of the existence of this book the content and boundaries of sedimentary petrology have increased enormously. It is doubtful if there are any areas of the subject described by the original authors which have remained untouched by the relatively recent onslaught by countless sedimentologists, aided by a veritable armoury of sophisticated techniques. Particular areas have always waxed and waned in popularity and some subjects, such as heavy mineral studies which have been successively popular, then unpopular, appear of late to have had a new lease on life. The development and application of relatively old techniques, but now used in a sedimentological context, often brings an upsurge and revival of interest in some rocks. Isotope work has now become an integral part of the study of pelagic and phosphatic sediments, and carbonate cements. An understanding of burial diagenesis, a much neglected area, is slowly coming to the fore as electron microscopes and X-rays delve into the mineralogical and textural complexities of ancient sediments. Yet, despite the 'zapping' of minerals with electron beams and generating gases to pass into a mass spectrometer, to paraphrase an erstwhile research student of mine, the danger of this approach is that materials are analysed with scant regard to field relationships or petrographic control, thus much genetic information is missing when interpretations are attempted. Petrography is far from being archaic.

The 7th edition of this introductory text on sedimentary petrology has been revised, and new illustrations have been added since the last edition. The main classifications and textural and structural features of sedimentary rocks are described and illustrated. New chapters on soils, phosphatic and volcaniclastic sediments have been included and each chapter contains a list of references updated for this edition. The emphasis of this book remains on the fundamentals of the subject, so that the identity and nature (including diagenesis) of a wide range of sediments and sedimentary rocks are introduced and explored. The book is aimed mainly at undergraduate students of sedimentology and sedimentary petrology. However, professional geologists, other Earth scientists and engineers may also find it useful for updating, illustrative and reference purposes.

Descripción Hardback. Condición: Very Good. The book has been read, but is in excellent condition. Pages are intact and not marred by notes or highlighting. The spine remains undamaged. Nş de ref. del artículo: GOR011136870

2. Petrology of the sedimentary rocks.