Artículos relacionados a The Complete Robot 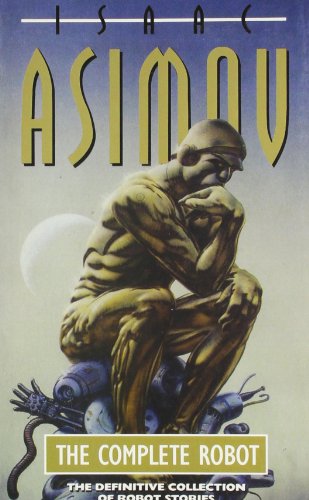 ‘Isaac Asimov was one of the great explainers of the age...It will never be known how many practicing scientists today, in how many countries, owe their initial inspiration to a book, article, or short story by Isaac Asimov’
Carl Sagan

In these stories, Asimov creates the Three Laws of Robotics and ushers in the Robot Age – when Earth is ruled by master-machines and when robots are more human than mankind.

The Complete Robot is the ultimate collection of timeless, amazing and amusing robot stories from the greatest science fiction writer of all time, offering golden insights into robot thought processes. Asimov’s Three Laws of Robotics were programmed into real computers thirty years ago at the Massachusetts Institute of Technology – with suprising results. Readers of today still have many surprises in store...