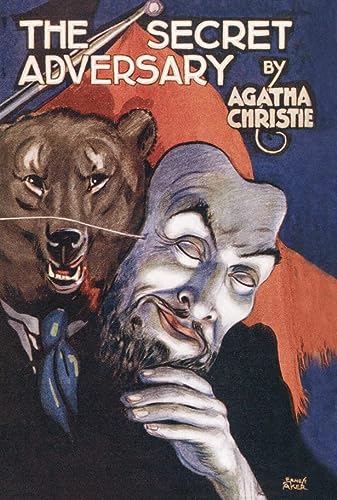 Tommy and Tuppence, two young people short of money and restless for excitement, embark on a daring business scheme - Young Adventurers Ltd. Their first assignment, for the sinister Mr Whittington, plunges the pair into danger.

Agatha Christie was born in Torquay in 1890 and became, quite simply, the best-selling novelist in history. Her first novel, The Mysterious Affair at Styles, written towards the end of the First World War, introduced us to Hercule Poirot, who was to become the most popular detective in crime fiction since Sherlock Holmes. She is known throughout the world as the Queen of Crime. Her books have sold over a billion copies in the English language and another billion in over 100 foreign countries. She is the author of 80 crime novels and short story collections, 19 plays, and six novels under the name of Mary Westmacott.

Descripción Hardcover. Condición: Very Good. Estado de la sobrecubierta: Good. Facsimile edition. Head and tail of spine rubbed. Page edges lightly foxed, discoloured and stained, mainly at head edge. Very few pages are lightly foxed, including title page. Title page contains 2.5cm tear at side edge, mending with tape and slightly creased. Pages are lightly thumbed, else this book is in very good condition. The dustwrapper is rubbed, and slightly creased at edges. Back cover is dirty. Some light foxing. Else it is in good condition. *We always describe the faults of our books meticulously but they usually present better than they sound. Nş de ref. del artículo: FIC1048

Descripción Hardcover. Condición: Good. No Jacket. Item is in good condition. Some moderate creases and wear. This item may not come with CDs or additional parts including access codes for textbooks. This may not have a dust jacket. Might be an ex-library copy and contain writing/highlighting. Photos are stock pictures and not of the actual item. Nş de ref. del artículo: DS-0007265158-3