Artículos relacionados a The Chronicles of Narnia: A Pop-up Adaptation of C.S.... 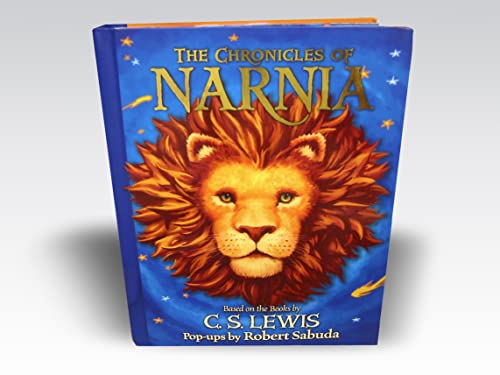 The magic of Narnia has been brought to life, through the spectacular imagination of the greatest paper engineer in the world!

Each spread boasts a breathtaking, three dimensional pop-up scene, taking young readers on a journey through Narnia they will never forget. Matthew Armstrong’s beautiful artwork works wonderfully as a pop-up scene, depicting the images of Narnia with great imagination.

Each individual pop-up has been hand crafted and intricately designed, making this visually spectacular work of art a book to be treasured forever.

Clive Staples Lewis (1898-1963) was one of the intellectual giants of the twentieth century and arguably one of the most influential writers of his day. He was a fellow and tutor in English Literature at Oxford University until 1954 when he was unanimously elected to the Chair of Medieval and Renaissance English at Cambridge University, a position he held until his retirement.

1. Chronicles Of Narnia: A Pop-up Adaptation Of C.s