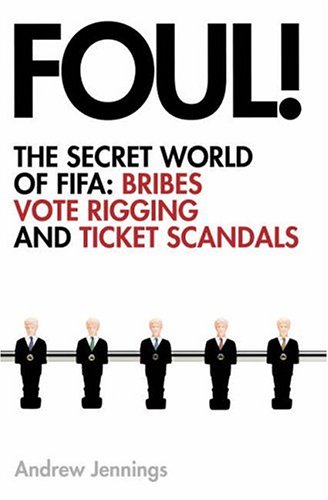 ‘In Foul!, Jennings has turned his unerring attention to the bun fight that masquerades as the global governance of football’ Independent

'The appalling Sepp Blatter and his cronies' activities are laid bare in a mind-boggling web of deceit. Essential reading for cynical football fans.' Evening Herald Dublin

Andrew Jennings, an award-winning investigative sports reporter, spent four years delving into the dark side of 'the beautiful game'. The result is this explosive and damning exposé of the officials that run football's world governing body, FIFA – a story of how the men in suits put personal ambition and money before the fans on the terraces.

No individual has managed to penetrate the secret world of FIFA. Until now.

He blows the whistle on an international cash-for-contracts scandal and reveals how some football officials have been urged to secretly repay the sweeteners they received.

He exposes the vote-rigging that went on behind closed doors in the fight for control of FIFA .

Jennings has researched in the Americas, Africa, Asia and Europe. He has uncovered damning evidence and persuaded FIFA insiders to talk to him about the questionable business practices they've witnessed.

Foul!'s mix of world-class probing journalism, compelling story-telling and dark humour make this the most important book ever written about the men who control the people’s game.