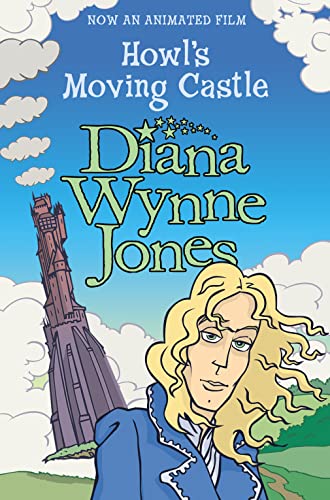 “...Her hallmarks include laugh-aloud humour, plenty of magic and imaginative array of alternate worlds. Yet, at the same time, a great seriousness is present in all of her novels, a sense of urgency that links Jones’s most outrageous plots to her readers’ hopes and fears...”
Publishers Weekly

A new look for one of Diana Wynne Jones’ funniest and most popular novels.

In the land of Ingary, where seven league boots and cloaks of invisibility do exist, Sophie Hatter catches the unwelcome attention of the Witch of the Waste and is put under a spell.

Deciding she has nothing more to lose, she makes her way to the moving castle that hovers on the hills above Market Chipping. But the castle belongs to the dreaded Wizard Howl whose appetite, they say, is satisfied only by the souls of young girls... There she meets Michael, Howl’s apprentice, and Calcifer the Fire Demon, with whom she agrees a pact.

But Sophie isn’t the only one under a curse – her entanglements with Calcifer, Howl, and Michael, and her quest to break her curse is both gripping – and howlingly funny!