Artículos relacionados a Girl with a pearl earring

Girl with a pearl earring 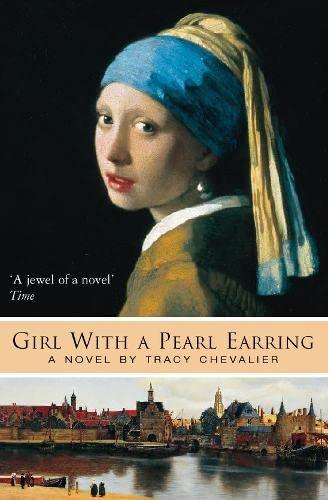 A brilliant historical novel on the corruption of innocence, using the famous painting by Vermeer as an inspiration.

Griet, the young daughter of a tilemaker in seventeeth century Holland, obtains her first job, as a servant in Vermeer’s household. Tracy Chevalier shows us, through Griet’s eyes, the complicated family, the society of the small town of Delft, and life with an obsessive genius. Griet loves being drawn into his artistic life, and leaving her former drudgery, but the cost to her own survival may be high.

'As historical fiction, 'Girl with a Pearl Earring' convinces, but as a study of human nature, honed by hindsight, it dazzles. Chevalier brings an impressive combination of passion, outrage and perception to a novel which is beautiful and brutal'
THE IRISH TIMES

'Chevalier is a master of the telling detail, the evocative image... Through such detail, Chevalier draws the reader into the world of the painting, into the mood of the masterpiece she explores: moving, mysterious, at times almost unbearably poignant. Sometimes it seems so strong the reader can almost sense it, feel it breathing all around. This novel which deserves, and I am sure will win, a prize – or two'
THE TIMES

'...a wonderful novel, mysterious, steeped in atmosphere... deeply revealing about the process of painting... a truly magical experience.'
THE GUARDIAN

'Tracy Chevalier has wonderfully evoked the Delft of the mid-seventeenth century Netherlands...The novel is as subtly haunting as the best of Eric Rohmer's films'
TIME OUT