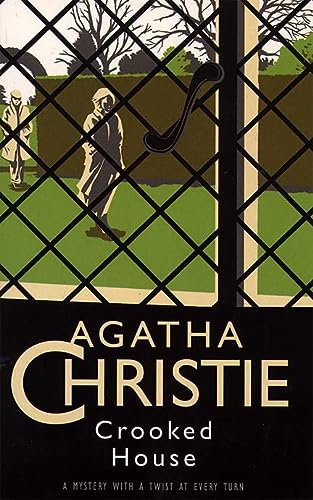 The Leonides are one big happy family living in a sprawling, ramshackle mansion. That is until the head of the household, Aristide, is murdered with a fatal barbiturate injection.

The Leonides were one big happy family living in a sprawling, ramshackle mansion. That was until head of the household, Aristide, was murdered with a fatal barbiturate injection.

Suspicion naturally falls on the old man's young widow, fifty years his junior. But the murderer has reckoned without the tenacity of Charles Hayward – fiancé of the late millionaire's granddaughter...

Agatha Christie was born in Torquay in 1890 and became, quite simply, the best-selling novelist in history. She wrote 79 crime mysteries and collections, and saw her work translated into more languages than Shakespeare. Her enduring success, enhanced by many film and TV adaptations, is a tribute to the timeless appeal of her characters and the unequalled ingenuity of her plots.

"Writing 'Crooked House' was pure pleasure and I feel justified in my belief that it is one of my best."
AGATHA CHRISTIE