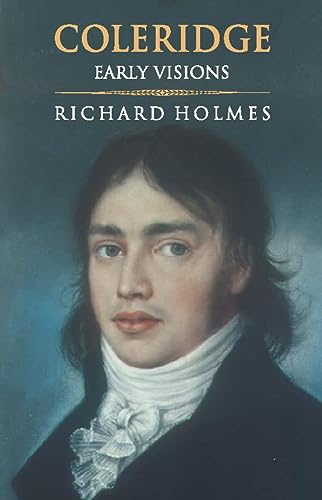 ‘Dazzling... Holmes has not merely reinterpreted Coleridge; he has re-created him, and his biography has the aura of fiction, the shimmer of an authentic portrait... a biography like few I have ever read.’
James Wood, Guardian

‘A deeply moving life of a troubled genius. From a great mountain of research, Holmes has fashioned a compelling narrative which inspires considerable affection and respect for Coleridge. This stimulating book is one of the most enjoyable biographies I have read.’
Michael Sheldon, Daily Telegraph

‘Coleridge lives, and talks and loves... in these pages as never before.’
Michael Foot, Independent

The first volume of Richard Holmes’s two-volume biography of Coleridge, which won the 1989 Whitbread Prize for book of the year and which transforms our view of this greatest of Romantic poets.

Coleridge: Early Visions is the first part of a major new biography of Samuel Taylor Coleridge which will transform our view of the poet of ‘Kubla Khan’ and his place in the Romantic Movement.

Dismissed by much recent scholarship as an opium addict, plagiarist, political apostate and mystic charlatan, Richard Holmes’s Coleridge leaps out of the page as a brilliant, animated and endlessly provoking figure who invades the imagination.

This is an act of biographical recreation which brings back to life the poetry, Coleridge’s encyclopaedic thought, his creative energy and physical presence. He is vivid and unexpected.

Holmes draws the reader into the labyrinthine complications of his subject’s personality and literary power, and faces us with profound questions about the nature of creativity, the relations between sexuality and friendship, the shifting grounds of political and religious belief.